Chairman of the words 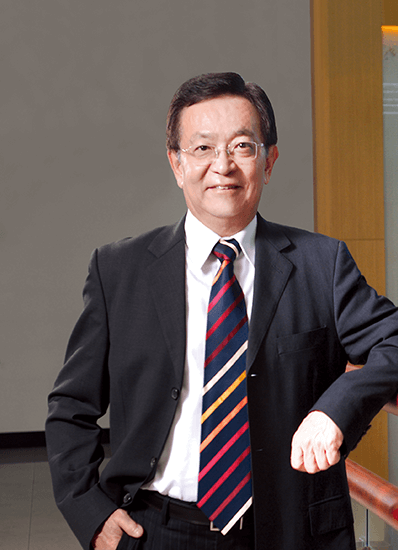 MARCH TO THETOP OF TECHNOLOGY

Since the establishment in 1968, KAFO (KAO FONG MACHINERY CO., LTD) keeps growth step by step along with the development of machinery industry in Taiwan based on its solid foundation of superior technology. It is not accidental that it becomes the leading brand of mold processing industry as well as faithful business partner. The key to KAFO’s success is intensifying the know-hows, continuously improving manufacturing process, focusing on the upgrading core competency of technology and sticking to perfection. Besides, the Company has obtained the national certified endorsement, which is rated as the benchmark of the industry.

1. The quality and environment policies are stipulated by the President as the operating principle for the quality system of the Company. Besides, the Company allows all members and stakeholders to understand, implement and maintain various environmental management actions through national (international) standards, so as to reach a consensus about risks, collaboratively create sustainable operating environment with perfect systems and high quality for fulfilling our social responsibility.

2.2 Introduction of Quality Policy ：
Quality management based on comprehensive quality risk ideas pursues the optimization for people, things and objects. We not only integrate the management work to promote work performance, but also establish rational work flow for outputs of high quality products and services.

3.2 Overview of Quality Objectives ：
The Company regulates the work content for each authorized units based on different annual goals, which is followed by the implementation and review of quality objectives. Quality objectives are determined by the President or discussed during the administrative review meeting in the latter half of the year.


4. Commitment to Quality :
In order to unite all members as one, establish overall business policy and maintain perfect systems collaboratively through International Organization for Standardization(ISO), as well as carry out quality environment management, the President of the Company particularly makes the internal and external CSR commitments with the expectation to take effort to realize it by all our members.


5. Quality Policy Announcement and Advocacy. The Quality Policy is officially announced with the signature of the President, which shows the determination of the Company and the President, and provides foundation for all members to follow. Besides, the Company will advocate it on the occasion of meeting or educational training and convey it by means of poster, card, official website of the Company for the purpose of making every member and stakeholder to understand, carry out and maintain our quality principle.

Environmental Policy
The Company founded in 1968, is mainly engaged in production and sales for machine center, computer numerical control tool room, and CNC duplicating milling machine with main parts and components of cast iron, electronic computer control and ball screw. For the sake of maintaining life environment and enterprise sustainability, it must improve the manufacturing process and conduct environmental management against contamination in light of risk thinking for comprehension (including interested parties). The President makes commitment to comply with the governmental environment protection measures, relevant laws and regulations as a foundational standard, so as to achieve our stipulated goal and objective and exercise due diligence of environmental protection. We establish and maintain environmental management and document system in terms of successive effective operation with the principle of continuous improvement and contamination prevention based on the issues proposed by internal, external and interested parties. The President formulates several points as follows for our future directions:

x Traffic and the surrounding environment 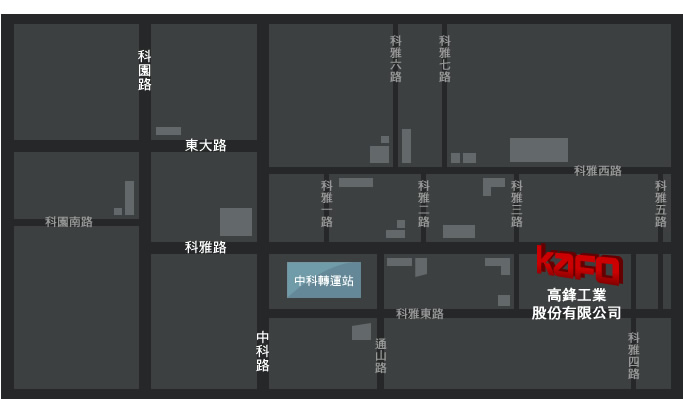 Mass Transportation(Intercity Bus)
Get on the intercity bus of national highway which directly arrives to Taichung (via Taichung Gateway)-such as Kuo-Kuang Intercity Bus, UBus, ALOHA Intercity Bus, HO-HSIN Intercity Bus and get off at the Chun-Chin(ie. Daya)
Interchange and transfer to take a taxi to KAFO.

Mass Transportation(Railway)
Western Line：Get off at Taichung Railway Station and transfer to Taichung Bus No.6 or No. 9 / UBus No. 61 and get off at Daya station and then take a taxi to KAFO.